The National Alliance for Direct Support Professionals (NADSP) has partnered with the National Task Group on Intellectual Disabilities and Dementia Practices to produce a series of webinars designed specifically designed to understand the DSPs role, impact, influence, allegiance and skills as agents of comfort, security, reassurance, agency, engagement and to the extent possible independence.

About National Task Group on Intellectual Disabilities and Dementia Practices : The ‘NTG’ is a coalition charged with ensuring that the interests of adults with intellectual and developmental disabilities who are affected by Alzheimer’s disease and related dementias – as well as their families and friends – are taken into account as part of the National Plan to Address Alzheimer’s Disease.The coalition produces materials related to dementia, including practice guidelines, screening tools, education and training curricula and workshops, agency and family-based information, and other technical materials – as well as providing technical assistance. The NTG is affiliated with the American Academy of Developmental Medicine and Dentistry and the Rehabilitation Research and Training Center on Developmental Disabilities and Health at the University of Illinois at Chicago and other partners, such as various university centers and the Gerontology Division of the AAIDD.  Read more

Goals for the Aging Series

For Direct Support Professionals and organizations with individuals in the aging population, this series will provide the opprotunity to provide: 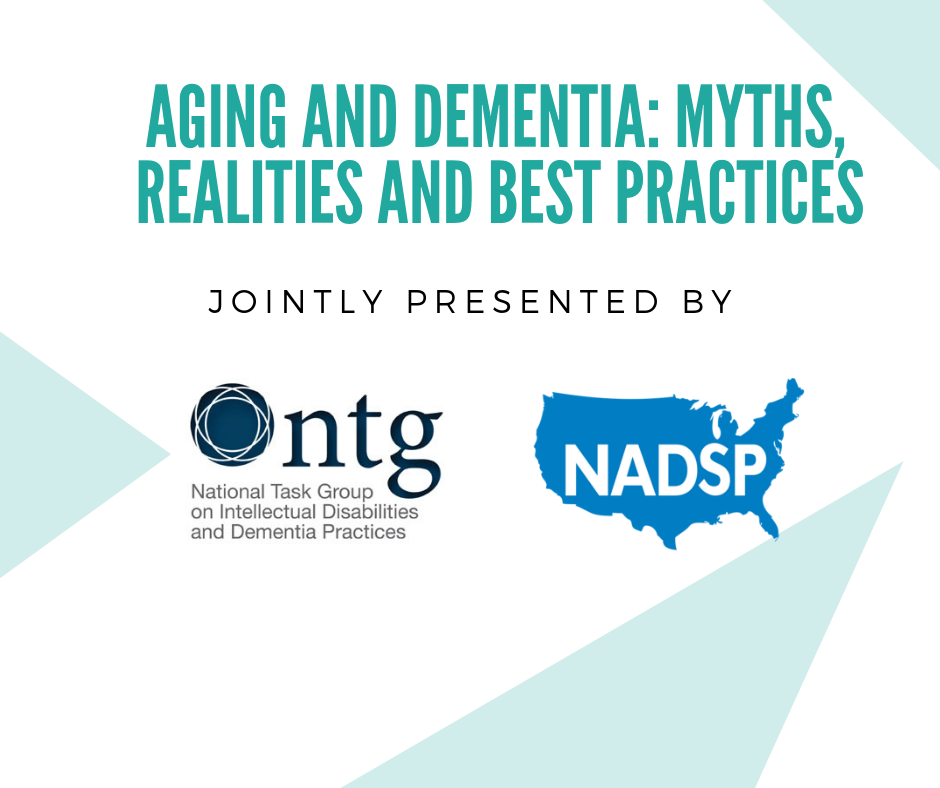 Learn About Our Presenters 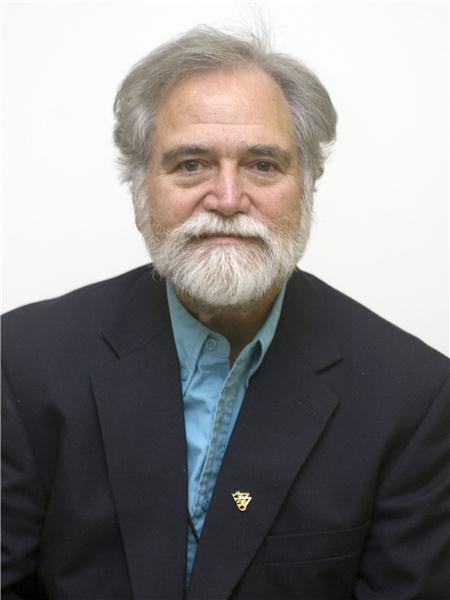 Dr. Rader is the Director of the Habilitation Center at Orange Grove Center (Chattanooga, Tenn) where for the last 24 years he has been responsible for the creation, implementation and evaluation of novel programs in health care delivery for individuals with intellectual and developmental disabilities.  He is the VP for Public Policy and Advocacy at the American Academy of Developmental Medicine and Dentistry and serves as the Editor in chief of Exceptional Parent Magazine.  Dr. Rader is the Senior Global Adviser for Inclusive Health Innovation at Special Olympics International. He is also the Medical Consultant to the National Alliance for Direct Support Professionals. Dr. Rader is a member of the Steering Committee at the National Task Group for Intellectual Disabilities and Dementia Practices. 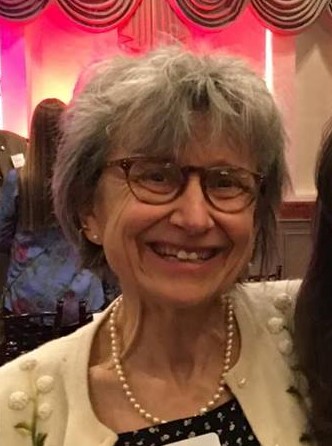 Kathy Service, RN, MS, FNP-BC, CDDN has worked in the field of intellectual and developmental disabilities (I/DD) since 1976 (as RN) and later from 1979 (as nurse practitioner), both in institutional and community settings with the Massachusetts Department of Developmental Services until retirement in 2/2016. Over those years, in addition to hands-on clinical support, she has worked together with and presented to people with ID and their families and direct support professionals.  In 1995, she was the co-developer and coordinator of a series of presentations on dementia and people with ID in Western Massachusetts. Kathy has served on advisory boards nationally and internationally, presented at domestic and foreign conferences, and written articles, book chapters and educational modules on topics of aging, dementia, loss and grief and nursing support of people with I/DD. She has served on the Steering Committee of the National Task Group on Dementia and Intellectual Disabilities since its inception and participated in the NTG’s curriculum development.  She is a Family Support Volunteer/Dementia Ambassador through the Alzheimer’s Association. 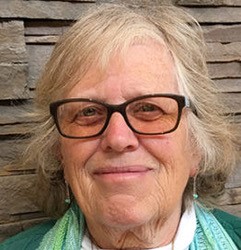 Kathleen M. Bishop, PhD. has 40+ years of experience in the developmental disabilities field and a Gerontologist with a specialty in aging with IDD. She is retired from the University Of Rochester School Of Medicine and Dentistry and New York State Office for People with Developmental Disabilities. Dr. Bishop is co-chair of the NTG Group T curriculum committee and is Lead Trainer for the 3-day NTG Dementia Capable Care for Adults with ID and Dementia. 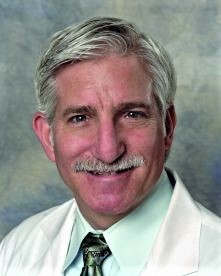 Seth M. Keller, MD, a board certified neurologist in private practice with Advocare Neurology of South Jersey.  specializes in the evaluation and care of adults with Intellectual and Developmental Disabilities (I/DD) with neurologic complications. He cares for individuals with I/DD both in the community as well in New Jersey’s ICF/DD centers. Dr Keller is on the Executive Board of the Arc of Burlington County as well as on the board for The Arc of New Jersey Mainstreaming Medical Care Board. Dr Keller is the Past President of the American Academy of Developmental Medicine and Dentistry (AADMD) and is the co-chair of the National Task Group on Intellectual Disabilities and Dementia Practices (NTG).  Dr Keller is also the director of the Adults with I/DD Special Interest Group in the American Academy of Neurology (AAN). He is actively involved in national and international I/DD health education as a speaker and webinar and workshop participant. Raised in Philadelphia, PA, Keller received his bachelor’s degree from Temple University, earned his medical degree from The George Washington University School of Medicine in 1989, and completed his neurology internship and residency at Bethesda Naval Hospital. He also served as a Navy neurologist at the U.S. Naval Hospital in Okinawa, Japan. 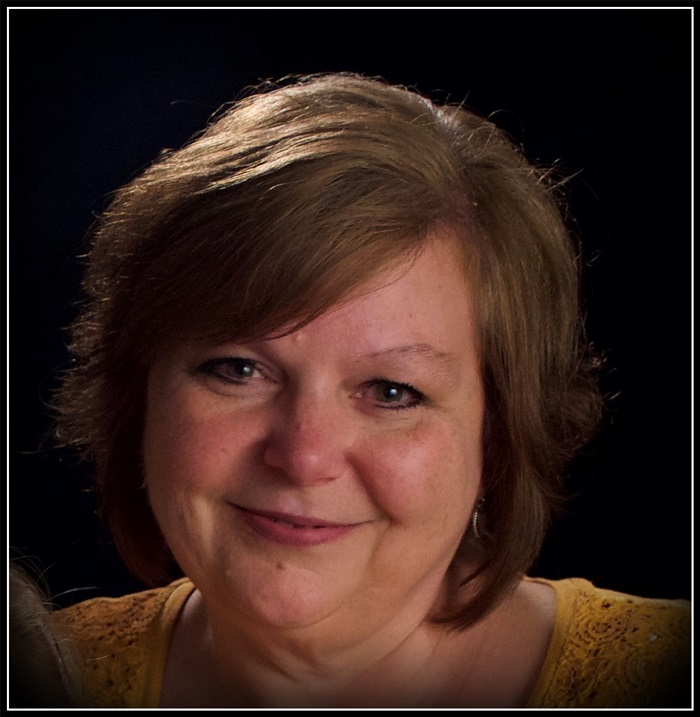 Rita Arnett has been a DSP since 1984. She currently is a Residential Supervisor and Learning Consultant at Penn-Mar Human Services and has worked at the agency over 20 years. Rita became the NADSP’s first DSP III Specialist in Aging in 2018. Currently, she is a Regional Trainer for the National Task Group for Intellectual Disabilities and Dementia Practices with 2 years training experience using the NTG curriculum classes on Dementia/Alzheimer’s . 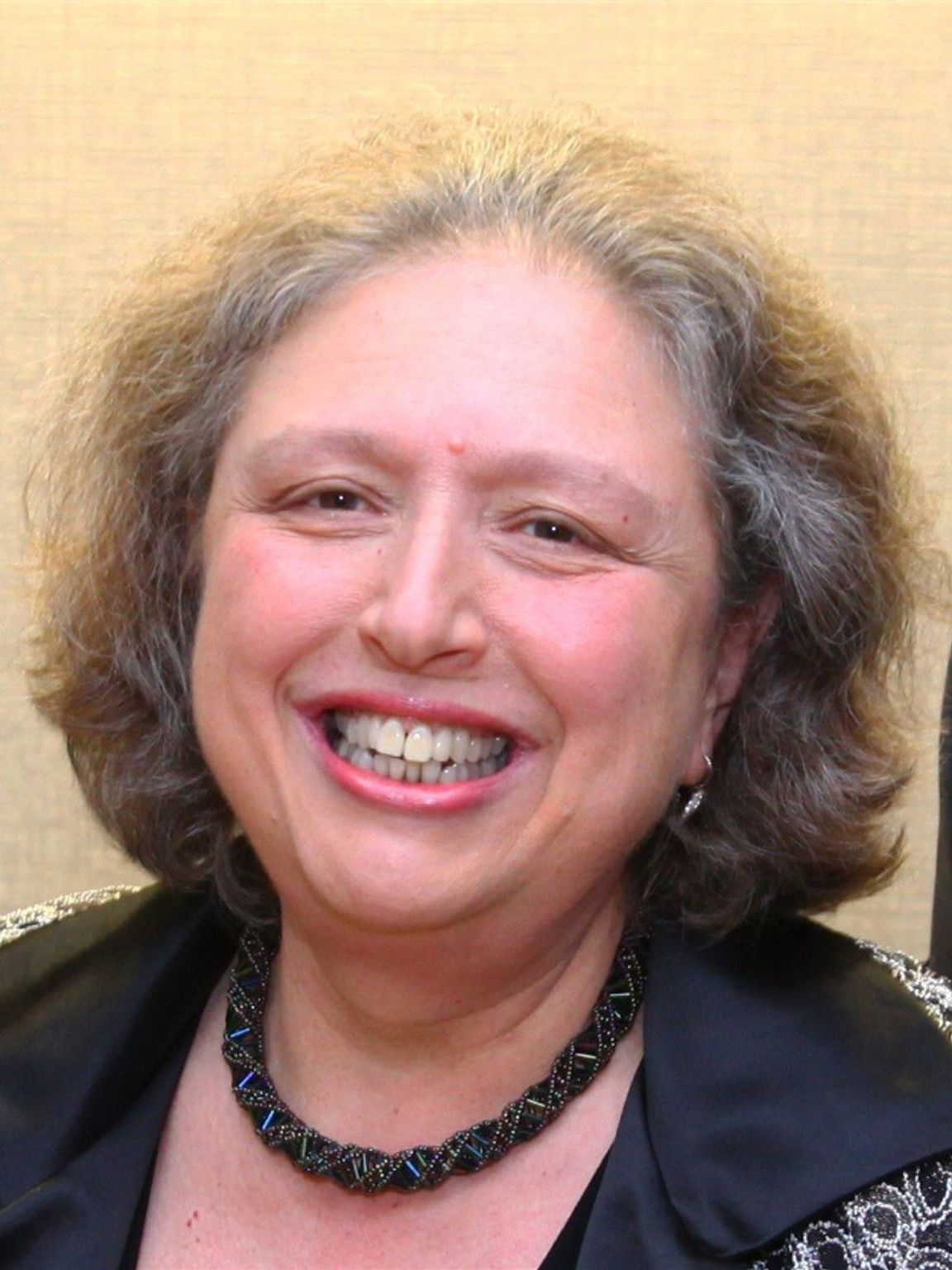 Dr. Lucille Esralew received her Ph.D. in Psychology from the Graduate School of Arts and Sciences, Columbia University in 1999. She is a NJ licensed Psychologist (2002), certified Clinical Neuropsychologist from Fielding Graduate University (2006), a certified dementia practitioner and certified clinician from the National Association for the Dually Diagnosed (NADD). Dr. Esralew currently works as the Behavior Psychologist and Autism Clinical Specialist at Redwood Coast Regional Center in northern California. She worked for Trinitas Regional Medical Center for 20 years serving as Clinical Administrator for two statewide specialty mental health and outreach programs- CARES and S-COPE. She was instrumental in the formation of the Integrated Service Delivery Team (ISDT, 1997), Statewide Clinical Consultation and Training (SCCAT, 2000), the 2D specialized unit (2003), Crisis Assessment Response and Enhanced Services (CARES, 2015). She developed the Statewide Clinical Outreach Program for the Elderly (S-COPE, 2011) which is a crisis response team for older adults in nursing facilities. Dr. Esralew initiated complex case review of individuals with intellectual and developmental disability and dementia through video-conferenced based review as part of her responsibilities as an administrator for Trinitas’s Extension for Community HealthCare Options (ECHO) which is affiliated with the University of New Mexico. She has been particularly interested in building capacity for mental health and behavioral health services for individuals with complex needs and increasing the caregiving resources of families and staff who serve individuals who are challenged by disabilities and co-occurring mental health challenges.